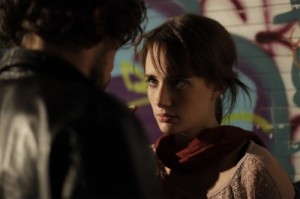 Alone on her first night in Berlin, a shy young woman gathers the courage to go out on on her own, but after meeting a few locals at the corner bar, she is faced with more adventure than she’d bargained for.

Doing a semester abroad leads always to cultural clashes – even when we are talking about food. Hold in Kiel, a small city in the north of Germany, six exchange students from Spain, Portugal, Brazil and France are getting together to cook traditional food from their home country – and as you can imagine: Besides cooking there are enough topics to talk about.

The short documentary film “Goran” takes an intimate look at the despair and joy, the hope and pride in achievement as it is constructed out by Goran Gostojić of Novi Sad. 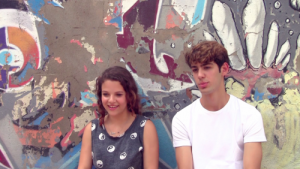 Recently, “remigrants” have received significant attention in German Media. Highly-qualified German-born individuals with a so-called Turkish migration history over generations, migrated from Germany to Turkey. The reasons are manifold but yet unclear: Why did remigrants choose to migrate from Germany to Turkey? Why did they choose Turkey to be their home? What reasons triggered their decision to specifically identify Istanbul as their new home? Do they decide against the German and in favor of the Turkish culture, or do they choose the live in-between, in so-called Third Spaces, as we know from Homi Bhabha? Will they ever consider to “re-re-migrate” back to Germany? How does the diverse and dynamic cityscape of Istanbul influence their cultural identity? Can Istanbul be their new home at all? How do the individuals interplay with this city?

„What would it be like to study in India? “. In the search for answers to this question the German biology student Moritz travels to Hyderabad in the heart of India. Besides crowded streets and laboratories he discovers a fascinating culture, interesting food and beautiful landscapes. Hyderabadi Biryani is a movie that encourages students to go out and meet foreign cultures.

A Chinese woman eats instant noodle and learns Belgian language all day long by the window, in a room, which is both a physical and mental space. All the actions and sounds tell her internal/external world. 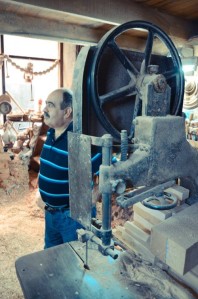 A Daily live of Ismail, who is master of wood carving , which is a traditional hand craft job in Turkey, which is on the verge of extinction.

I was always interested in human life. When I joined Satyajit Ray Film and TV institute in Kolkata I started shooting people candidly and tried to find a constant truth about life. The snippets of life I found in the images varied from people to people. I had never seen life in a country apart from mine and what people of other countries think about life. I would wonder if they had radically different opinions about life. So when I got a chance to travel to Russia I took my camera and observed the life there as I used to do in India. I asked the people of Russia the meaning of life. This film reflects my thought process on life and its meanings and my experiences during my one month stay in Russia. 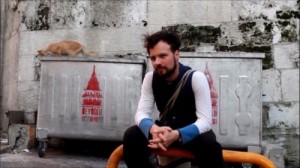 The film Ekim 13 by Michael Mai consists of four discontinuous scenes. The opening scene shows a vibrant urban setting with a young man buying bananas. In the three following monologues the German speaking man gives an insight into several personal issues. Our protagonist is pondering about his move from one temporary shelter to another one.

Leuke Marriott’s documentary for the Bookend Trust showcasing the first half of our Tasmania/Thailand student exchange, with regional Tasmanian students travelling to Thailand for an ecological and cultural learning experience with students at the Monsaengdao Ecological School from the hill tribes around Chiang Rai. From cultural differences to forest revegetation and being dunked in the river by playful elephants, this is a snapshot of their time in Thailand. The second part, showcasing the Thai students’ experiences in Tasmania, is currently in production.